It’s been called the food of the gods, and perhaps you enjoy storing it to satisfy your own sweet tooth. What science magic makes this yummy creation possible? Just how do bees make honey?

How Do Bees Make Honey?

Honey comes from a process carried out by honeybees.

Some of the bees are tasked with traveling to flowers and gathering the substance needed for honey creation. Once these bees return to their hive, a different set of bees takes this substance and mixes it with their own secretions to create honey.

Honey-making is indeed one of nature’s most fascinating processes.

No discussion about how do bees make honey would be complete without the requisite ingredient list.

The primary and most important ingredient is the honeybee itself, according to the Back Yard Beekeepers Association. Although other bees and insects make substances like honey, the traditional type most humans know comes from honeybees.

Within the organized colony of the beehive, females in the tens of thousands take on the role of worker bees. For honeybees, a main “job responsibility” involves making the honey that serves as winter nourishment for the hive.

Two types of worker bees team up to make the honey. First, typically older forager bees fly out of the hive in search of flower nectar.

These tiny insects, well short of an inch in span, would be the bees humans — or their unlucky exposed skin — most often encounter around flowers.

Then, house bees stay in the hive and transform that nectar into sweet honey.

As such, the sugary flowering plant water known as nectar becomes the other star ingredient in honey-making.

Other important elements include chemicals within the bees, the honeycomb where storage occurs, and the beeswax that seals off and protects the honey.

Nectar collection represents the first important step in the “how do bees make honey” handbook. According to Debbie Hadley, forager bees may visit upwards of 100 flowers during each nectar scavenging journey.

The type of flower from which the foragers collect nectar can affect the color, texture, and even taste of the honey. For this reason, many commercially bought honey possesses different looks and levels of sweetness.

Once the bee finds a desirable nectar-producing flower, she lands on the flower and makes use of an anatomical structure that resembles a straw. This structure allows her to drink the nectar.

A good percentage goes into another structure inside her known as the honey stomach, as referenced by the Arizona State University biology department

Since the nectar’s a little chemically complex, special chemicals within the bee’s honey stomach simplify the matter. These enzymes begin breaking down the nectar sugar into a more useable form. Scientists call this process inversion.

At this point, the forager’s role in the “how do bees make honey” odyssey is nearly complete. She returns to the hive, belly full. After, she feeds her find to a house bee through regurgitation…or “throwing up” the nectar.

How do bees make honey next? Well, through a highly efficient and effective factory-like procedure.

Each bit of nectar becomes a labor of love for the house bees, as Dr. Mary Williams details. The initial receiving house bee breaks down the nectar a little more after ingestion, removing some of the water.

Then, she passes the nectar to another worker bee in the same manner that she received the nectar. That bee’s inner chemicals further break it down.

The assembly line continues from bee to bee until that bit of nectar hits the magic number of roughly 20 percent water content.

But the fun’s not over yet. Once the nectar’s safely in a honeycomb cell, the house bees come together for a massive pep rally in which they beat their wings together in harmony. All this commotion has the effect of evaporating the last of the water.

The remaining sugar gets thicker, and voila, honey at last!

The final route in how do bees make honey may be none of your beeswax, but beeswax does indeed rule the day.

Making use of that belly again, a house bee’s abdominal glands cook up some beeswax. This product provides just the right sealant to keep that new and freshly baked honey just right in its honeycomb cell.

House bees live a short life of only a few weeks. As a team, though, they definitely leave their mark on the hive. According to Debbie Hadley, a hive’s honey output may tally up to an impressive 200 pounds annually. 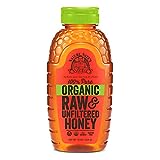 So, how do bees make honey? They deploy a little nectar-seeking missile power, sprinkle in some team spirit, and mix it up with a whole lot of hard work.

At the end of their workshop, they’ll have essential food stored to last them through those harsh winter months. And many humans will enjoy a sweet and healthy treat. Raw honey, after all, can boast many booster benefits for your body, says medical experts like Dr. Mary Smith.

Beekeepers may have gotten in on the merry-making for a hobby or even for a career. At the end of the day, however, nature will always remain the “bee’s knees” in honey-making perfection.

Can you sweeten the pot in our “how do bees make honey” discussion? Join the hive in our comments section below.

How To Stop Grinding Teeth While Sleeping? Let’s Find Out

Garage Essentials: 6 Items Every Garage Must Have

ABOUT US
Disclaimer: Jcer.info may receive financial compensations from some of the links to products or services on this website.
© 2020 - Copyright Jcer. All rights reserved.
This website uses cookies to ensure you get the best experience on our website. Learn more.